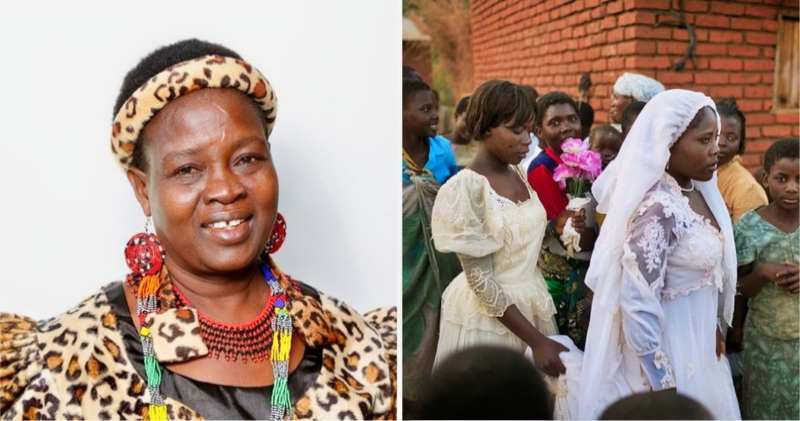 The African tribal chief also succeeded in establishing a new law to prevent child marriage and has banned sexual initiation of girls. She has taken up the challenge of reversing harmful cultural practices that prevent young girls from being educated.

A recurring scene overwhelmed Theresa Kachindamoto, the head of the Dedza district in central Malawi, every time she wandered through the city: girls with their babies.

The young girls not only became mothers at a young age, but also were forced to marry older men. She was not willing to let this happen any longer and took action.

After a lengthy effort, she managed to get 50 deputy directors to sign an agreement to end child marriage in their area. “I told them, ‘Like it or not, I want these marriages to end,'” Kachindamoto told Al Jazeera.

Not only that, but Kachindamoto had the leaders cancel any existing children’s unions and send all the children to school. “I talk to the parents, I tell them, if they educate their girls they will have everything in the future,” the tribal chief told UN Women.

Even though marriage under 18 in Malawi has been illegal since early 2015, the children can still be married under so-called “customary law”, that is, with parental consent and supervised by traditional leaders.

In 2016 only, more than 300 child marriages were annulled. According to Vital Voices, the feminist policy has helped more than 2,000 unions to be annulled in the last three years, where only 300 correspond to her district.

“I don’t want any young marriages. It must go to school. No children should be found at home or doing housework during school hours,” Kachindamoto told UN Women.

Kachindamoto has not only been concerned with saving children from these unions, but also with keeping them in school. To this end, she operates a secret network of parents to monitor their attendance and when parents cannot pay school fees, she does so with her own money or finds someone else who can.

Malawi has one of the highest rates of child marriage in the world, with an alarming one in two girls married under 18, according to Girls Not Brides.

Unfortunately, child marriages are not Kachindamoto’s only concern, so is the “sexual initiation” of girls. There are camps where young girls are taught “how to please men”.

According to the tribal chief, who has banned such cleansing rituals, girls as young as seven are sometimes sent to these places. “I told the chiefs that this must end, or I will fire them,” she said.

How fast is your brain? Find the hidden letter in 20 seconds